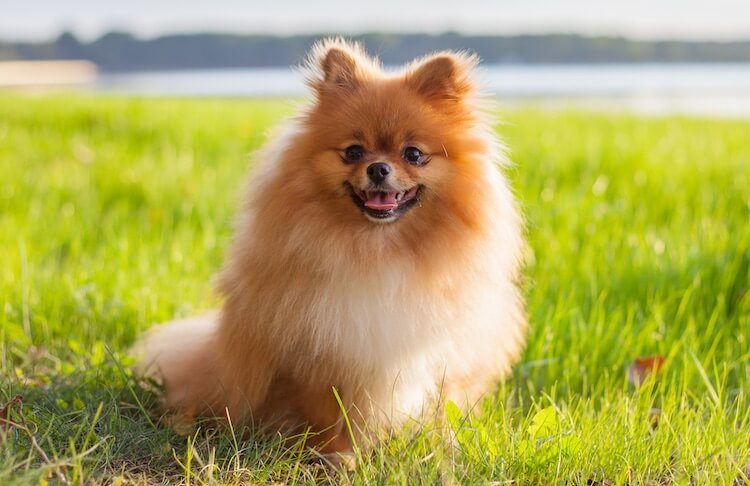 A very small, fluffy, and bossy pooch, Pomeranians are an all-time favorite breed to many.

Named after the Pomerania region of Central Europe, the Pom has quickly taken the world by storm and is easily one of the most popular smaller dog breeds.

Affectionate, loving towards their loved ones and endearingly bossy; they have many fantastic characteristics.

What else is there to know about this toy dog breed?

We are pleased to share with you 10 facts you need to know about this well-loved Pom Pom.

10. They Descended From Big Sled Dogs!

It’s hard to believe that these little pooches were once responsible for sled pulling duties.

There is no fluffing around when we tell you that this fact is true! However, Pomeranians were once a lot bigger than they are now.

Originally, they weighed approximately 30 pounds. As you can see, this makes it a little easier to picture than a 7 pounds puppy trying to pull those big sleighs!

Due to their sledding and herding capabilities, according to the Kennel Club, they were once a part of the working dog group.

Over time, the desire for a smaller and more “companion-like” dog came along, and this breed was eventually selectively bred into a smaller size.

9. A Pomeranian Can Be VERY Bossy

This breed loves to be in charge and to be the boss of the house; they will also try to show dominance towards other dogs.

Training and socialization go along way with this puppy.

The Pomeranian’s bossy temperament may make them a little more stubborn during training (they want to be in charge and find it hard to listen to instructions).

However, positive reinforcement training methods go a long way, especially when your Pom is a sucker for treats.

Socialization, from early as possible, is the best option; preferably within the puppy’s 12-week socialization period. This is a window where puppies are more accepting of new situations and environmental experiences.

Pomeranians who are well socialized have a heightened chance of developing into a well-mannered pooch around both other pets and people.

Possessiveness is also a negative attribute brought on by their bossy persona.

They may develop possessiveness over their food and/or toys, so it is important to get a handle on these behaviors as soon as possible.

It’s no secret that Pomeranians are well… a complete ball of fluff.

Although their fur may seem like a nightmare from grooming purposes, this isn’t always the case if you are able to be proactive.

Regular brushing (and combing) helps to remove loose fur, so they don’t shed all over their carpet; it also helps to keep their fur free from any unwanted matting disasters.

Begin brushing and combing your Pom from a young age, so they are accustomed to it.

You may take your pooch to the groomers for this, or you can do it yourself. Whichever you’re comfortable with is fine, so long as their coats stay healthy.

We recommend bathing them every six weeks. Too often may interfere with their skin’s natural oils, and not often enough may leave them with excessive dead fur and debris.

Although their fur is a major part of their maintenance, don’t forget to brush their teeth and clip their nails. 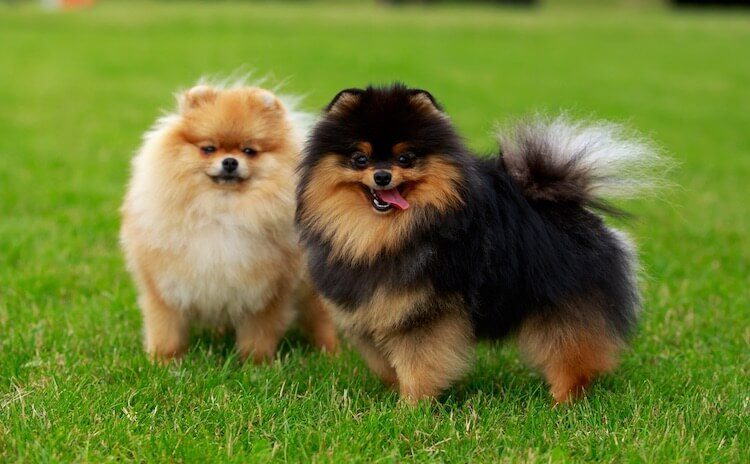 There are many reasons as to why Pomeranians are hugely famous:

It is safe to say that this dog breed is a sure favorite thanks to their good-looks, long fur, and beauty.

6. They Are Smaller Than They Think

Pomeranians are a very intelligent breed, however, they have a tendency to believe they are bigger than they really are!

On average, they stand between 7 to 12 inches in height and weigh a mere 3 to 7 pounds, with females on the lower end of the size scale.

Categorized as a toy dog breed, they are famous for being a “hand-bag” dog.

Paris Hilton’s white pup was often seen in many of her designer bags. However, this breed is happier walking alongside you.

If you find your Pom to be a puller then perhaps try using a harness.

Despite their small size, they have a lot of attitude and definitely aren’t afraid of trying to chase bigger dogs.

Their lack of fear may be endearing, but it can also be problematic if they become overly protective or territorial.

Pomeranians are definitely a breed who loves to talk.

In fact, they can be used as small, alert watch dogs; just not guard dogs due to their small size.

Their barking may become excessive when they crave your attention or become a little demanding (a definite sign of an over-pampered pooch).

However, if you find your Pom barking to grasp your attention “just because they can” then try ignoring this behavior.

They will soon learn that they are not achieving the desired result.

Also, reward them when they are quiet! It’s a subtle and effective manner to praising them for being patient with you.

It isn’t hard to recognize this breed, especially being one of the most popular toy dog breeds.

The most well-known Pomeranian fur color may be a light to deep orange. However, this breed actually comes in a wide variety of colors:

A Pomeranian’s fur is so long and fluffy that they quite often appear a lot larger than they really are.

Another sure give-away is their tail curls up at the end towards their backs. This is definitely a cute characteristic that is seen throughout the Spitz breeds.

They are an extremely loyal and loving breed who are known to make extraordinary additions for families.

An intelligent breed, they may even learn to perform tricks which they will love to show off for your family and friends.

Pomeranians are extremely playful, which makes them great for children.

They have oodles of energy to burn, however, due to their small size – they can be hurt easily. Younger children should be supervised to avoid roughhousing with this breed.

This breed has a major soft side, especially for their close family members and other members they consider being a part of their family.

They adore being close to ones they love whether it is during an evening stroll, or late night cuddles by the fire.

Pomeranians quickly warm up to their owners and are known to be extremely loyal companions. 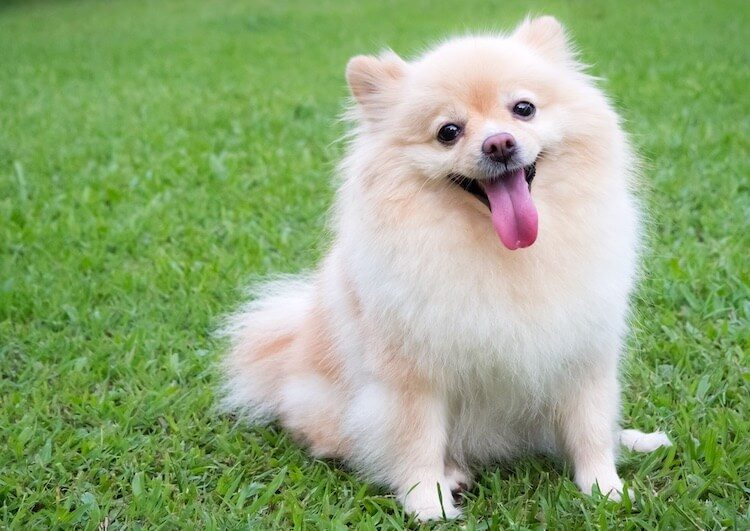 The Pomeranian’s little feet are often associated with having a close resemblance to a cat’s paw. As odd as this sounds, it is true indeed.

But why is this?

Remember, their sled dog heritage; a dog who needed to move easily and efficiently through snowy grounds.

Smaller non-flat feet enabled these breeds to do so. This is a characteristic that has stuck with this breed as the years have passed.

This style of paw has also been found on Huskies and even Golden Retrievers.

1. Pomeranians Are One Of The Most Popular Dogs in the U.S

This comes as no surprise to dog lovers as this is a breed who is playful, loyal, loving and intelligent.

Many factors contribute to this toy dog breed’s popularity, but two major contributors are companionship and adaptability:

Their small size, loveable personality, good looks, and even their history, also contribute to this breed landing within the top 25 dog breeds.

There you are; 10 facts you need to know about the beautiful, bold, and bossy Pomeranian dog breed.

A breed selectively bred to be smaller over time to make the perfect companion; they are loyal, loving, active and intelligent.

This breed does well as a family member, provided they are socialized and trained well from an early age.

Their small stature, and high adaptability makes them one of the most popular dog breeds in the United States.

Evidently, a breed which is adored by the famous and many dog-lovers all over the world. What’s your favorite fact? Let us know below!