There are five commonly known breeds of husky:

Bred as sled dogs, huskies are strong and have almost endless supplies of energy. Their upper body and leg muscles enable them to pull pound-for-pound better than any other dog.

Huskies have a thick, double-coat of fur that allows them to stay out in extremely cold weather for a long time, making them the ideal dog for freezing climates such as Alaska, Northern Canada, the Arctic Circle lands, and Siberia in Russia. Their double coat of fur, however, also makes them very high-maintenance dogs, since they require a lot of grooming.

The various husky breeds may also exhibit a grizzled look where there is a red tint to the black fur and a salt and pepper look where various shades of black and grey mix to be no discernible one color. Although extremely rare, the Siberian husky can also be pure white all over.

Huskies have great hearing, great eyes, and are not overly prone to breeding problems. Unlike many dogs, they were bred for a purpose and not for their appearance. This means that things like teeth problems, breathing problems, and back problems are not an issue with huskies.

All husky breeds come from Arctic indigenous people who bred them to work and more recently bred them to race with sleds. 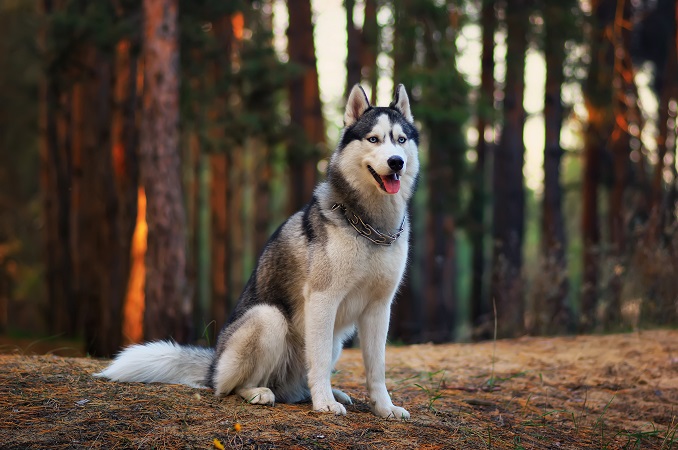 Siberian huskies are the most popular and well-known breed of husky.

Originating in Siberia, the breed was introduced to Alaska in the early 1900s by natives of Chuckchi. Sometimes the Siberian husky is called the Chuckchi. They were used as working, hunting, and racing dogs, and later as show dogs and pets. As racing dogs, they were able to beat most other dogs in Alaska, and by 1910 the racing scene was dominated by Siberian huskies.

Though they are considered working dogs, they are one of the few husky breeds where selective breeding has influenced their appearance. Over the years, these dogs have been bred to have nicer coats, a nicer appearance, and even a bigger tail than other husky breeds.

The male husky is generally smaller than a female with an average breed weight of just under 60lbs and a maximum height of 25 inches.

Huskies are stunning dogs but require big consideration before being chosen as a family pet for both dog and human to enjoy a rewarding life together. 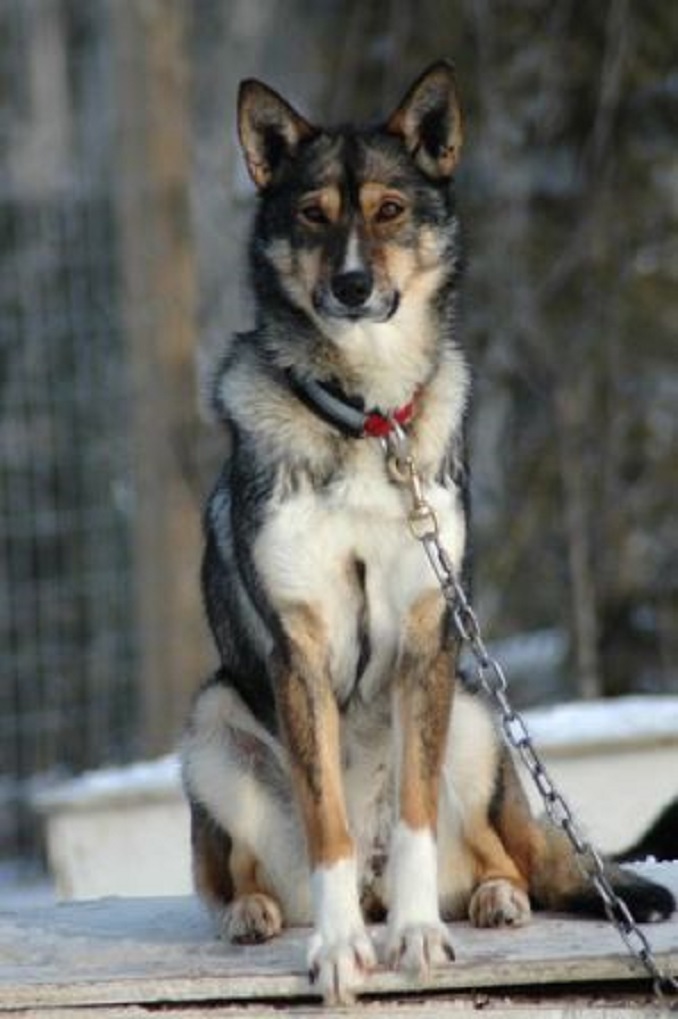 The Alaskan husky is the most common breed of husky but is not the most prized since it’s technically a mongrel. People breed Alaskan huskies because they work very well as sled dogs. Their fortitude and pulling power puts them above pure pedigree dogs.

Without a breed standard, appearance is not so important as with Siberian huskies so there is greater variety in the Alaskan husky in terms of color, coat length, build, and height. An Alaskan husky may appear quite different to a Siberian husky if the dominant genes are from other dogs — for example, it may still have the pricked ears but can have a longer, narrower muzzle.

Although a working dog and not typically sold as pets, the Alaskan husky still has the pleasant personality traits of the husky breed, being friendly to both humans and other dogs. 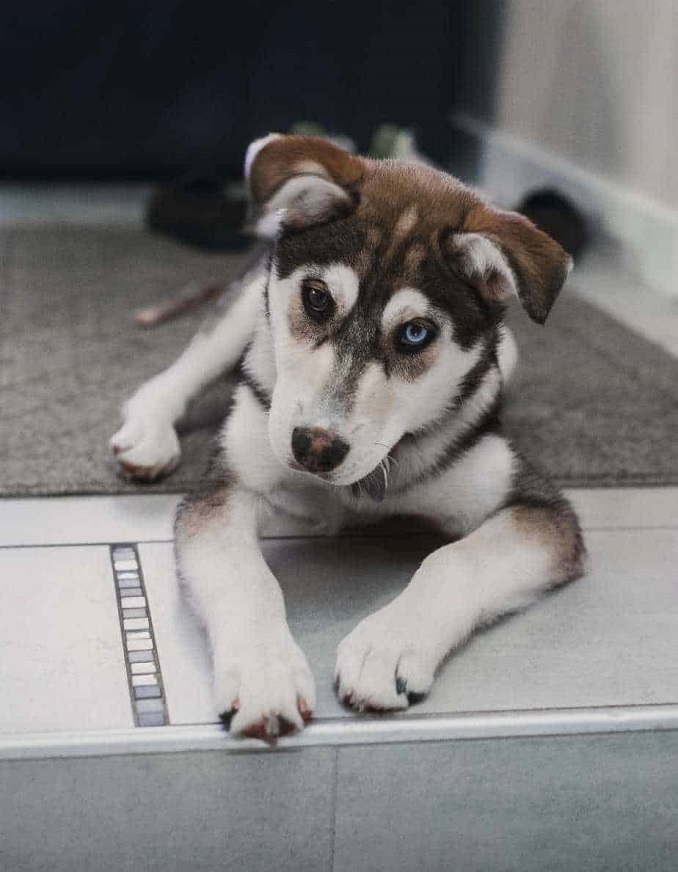 The Labrador husky is not named because of its relation to Labradors, but because it originated from the Labrador region of Canada. They were brought into the region in 1300AD by Inuit people moving south into Canada.

The Labrador husky is a very rare breed, and not often found outside of Canada. They are incredibly cute as puppies but are almost exclusively used as sled dogs instead of being kept as pets. As mechanized snow travel increases and the need for sledding decreases, the Labrador husky breed numbers continue to decline.

The Labrador husky is the tallest and heaviest of the husky breeds – a testament to its initial breeding with wolves. There is little difference in size or appearance between males and females.

Because of their scarcity, relative isolation, and individual variety, the Labrador husky is not recognized as a breed by any kennel club. 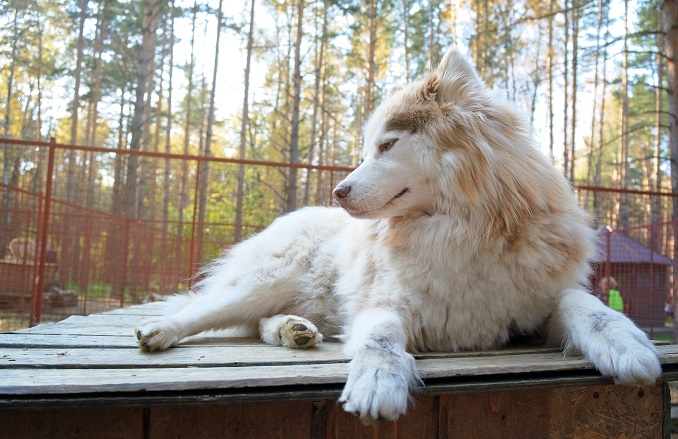 Mackenzie river huskies aren’t really a breed but a group of dogs under a catch-all name given to dogs displaying close husky characteristics in numerous populations of the Arctic. Originally, they were bred for the purposes of surviving and working in parts of Canada, and breeding usually involved a husky with dogs like St. Bernards, Newfoundlands, and Mastiffs.

There are records showing they were around during the Klondike Gold Rush. If you look at the campsite photos of that era, you can see the dogs roped up.

As with the other unrecognized breeds, the Mackenzie river husky has been in steady decline since the 1960s, but some determined breeders continue to produce litters of puppies. 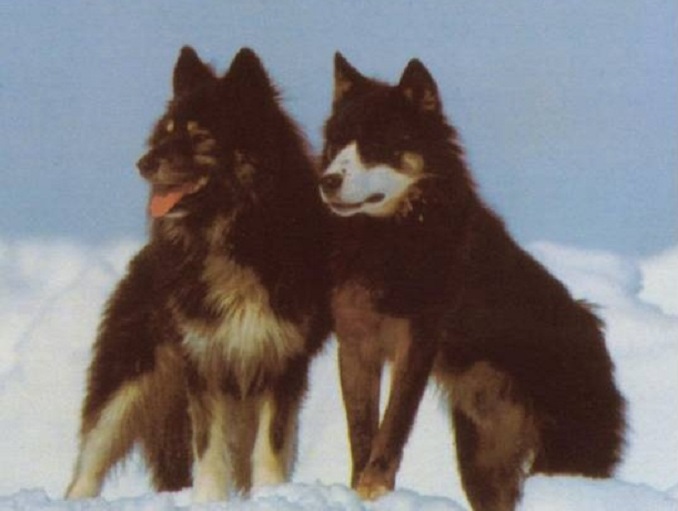 The Sakhalin husky is also called the Karafuto Ken, a sled dog seen most in Japan. There are fewer than ten left in the world, all of them in their native island of Sakhalin. There are only two known breeders at the time of writing.

Though they are a cute-looking dog, and a dog that works well in wintry conditions, its chances of pure-blood survival are slim. With such a small gene pool, imperfections are common among their offspring, and their lack of biodiversity means it won’t take much to make them extinct.

Despite their near extinction, this breed has a strong history and they were chosen by Robert Falcon Scott for his ill-fated expedition to the South Pole. The Russian Red Army also used Sakhalin huskies as pack animals during the Second World War.

Their most important story, however, is that of the Japanese Expedition to Antarctica in 1958. Fifteen Sakhalin huskies were taken along and were left at a supply station on the understanding they would be collected. That never happened and when an expedition group arrived a year later, only two of the original fifteen dogs had survived.

Sakhalin huskies are the smallest of the huskies and have fewer colors, limited to black, russet, biscuit, and cream. They have the expected triangular ears but the tail is quite different to that of the Siberian husky, in particular, being more fox brush-like and hanging down rather than curly and able to splay across the dog’s back.

Some schools of thought believe that the Sakhalin husky is the progenitor of the Akita.