Border Collies come in several distinct varieties, although the differences between them are so minute that even such demanding organizations such as the American Kennel Club, seen by many as the gold standard for determining dog breed and purity, does not always differentiate between them. The commanding majority of these differences are in the collie’s coat, which can take on a number of different shades and lengths; the tricolor collie in particular is favored for its unusual appearance and the many vivid combinations that can occur in its fur.

Border collies as a breed have been around since the early days of the British empire, and are considered the most direct descendants of the original landrace collie to populate the British Isles. A landrace animal is any animal that has adapted specifically for its environment over the years through a combination of isolation and inbreeding. Border Collies display both of these traits quite well, with the long fur and high energy needed to survive the chilly conditions common to northern Europe.

Collies enjoyed a burst of popularity during the Victorian era, when the Queen of England adopted them both as personal pets and with the intention of guarding the royal estates from rodents. Her decision made the collie’s attributes a matter of national interest and popularized them with foreign royalty and British nobility alike.

As a strong herding dog fit for work in rough conditions, the collie was of immense interest to the colonial populations. Having a reliable collie on a homestead could mean the difference between keeping or losing a flock or a critical warning of thieves in the night, and settlers in many parts of the world made a point of owning one.

Trained collies were frequently used on ships to defend the food stores against rodents, and were considered so valuable that they had to be recorded on the ship’s manifest. Captains of a cargo ship would frequently own a collie themselves, or be provided one by the ship’s owner, for which they would have to sign a note of surety.

It was at the beginning of the 1900s that official kennel clubs first began to recognize the border collie as a distinct breed of its own, separated from other collies by the uniformity of color in its fur and the length of its coat. Although now a separate strain of dog for purposes of genetic purity and competitive categories, collies of all strands continue to see active use as herding dogs in agricultural endeavors worldwide.

Harder to determine than the history of the breed is the history of its name; there is no direct parallel or translation in old English that would yield the word ‘collie’, and little evidence to suggest where it came from and why it was chosen. Various suggestions have been offered, including the Welsh word for dog and an old English corruption of the word for coal on account of the classic collie’s black coat, but there is little to substantiate either claim.

Certain dogs in history have a more notable contribution to their breed’s history than others, having provided the world with extraordinary eats, a particularly impressive example of the breed’s physical canon, or simply as a pivotal figure in the genealogical history of the breed in question. The Border Collie is no exception to this rule, with multiple examples of a truly historic dog to its credit; although not tricolor, they are closely enough related to the Tricolor Collie to be worth mentioning in its context.

One of the first distinctive figures in the breed’s history was known as Old Hemp, a working collie of considerable skill and reportedly in excellent physical condition for the bulk of his life. He is the patriarch of most pure lines of collies today, and is estimated to have sired over 200 puppies in his lifetime. It is currently believed that Old Hemp is a shared ancestor to all purebred border collies. This gives the collie a more recent shared ancestor than some breeds, and narrows the pool of appropriate breeding partners for many pure collies to a relatively short list of possible dogs.

Winston Cap, a border collie from the 1960s, is the current standard by which collies are judged, exhibiting paradigmatic skill, temperament, and physical attributes. A winner of numerous competitions, he was used as both the AKC and International Sheepdog Society to create the written guidelines for certifying a purebred collie. While not the universal ancestor that Old Hemp was, Winston Cap is nevertheless a common name in many genealogies, and features in the Border Collie stud book no less than 16 times over the course of his life.

Tricolor Collies do have one star player to call their own, in a more literal sense of the word; Reveille, the famed mascot of the Texas A&M University Corps of Cadets, is by tradition a three-colored rough collie that accompanies the University’s sports teams and has a devoted following throughout the world of student sports. There have thus far been nine dogs to hold the title, making the current one Reveille IX; the dog is cared for by the Mascot Corporals of the Corps of Cadets and is accorded multiple special privileges not granted to other animals on campus. 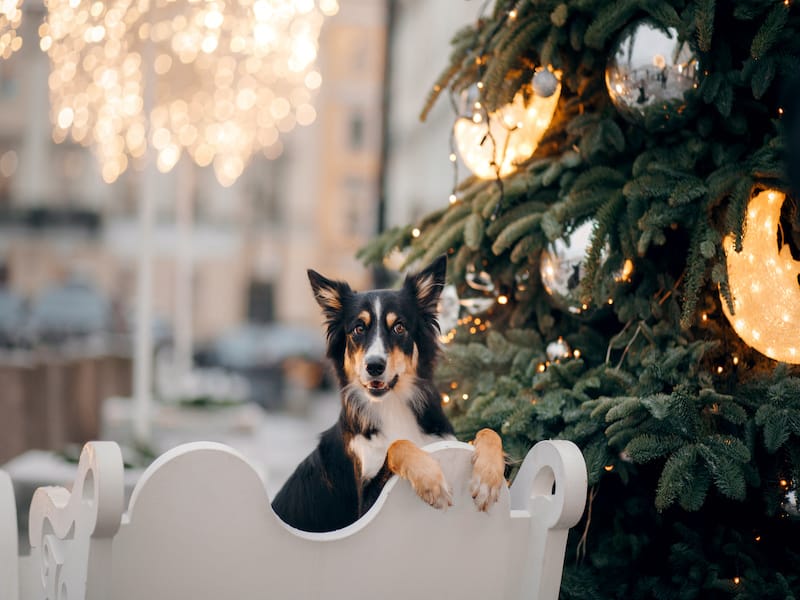 The Border Collie tends to be of medium to large build, with an elongated snout and triangular ears. The tail has a slight bob in it approaching the end, and a bright, fixed stare. The collie’s coat can be short like the short haired border collie, long, straight, or curled, depending on the exact heritage of the particular dog in question, regardless of what exact subspecies its parents were drawn. Some collie enthusiast associations discount the coat’s length entirely, preferring to focus on more predictable standards such as the dog’s skeletal structure and performance on command.

A Tricolor Collie will usually exhibit a main coat of black, brown, or red, with a white band around neck and shoulders to give the appearance of wearing a ‘ruff’ and have markings of a third color, such as yellow, along the face or at the tail and paws. Some collies may exhibit one or two large splotches in the flanks or back, or else have a tail that is both of solid color and separate from the rest of the coat.

Tricolors and more common collies alike share unusually bright eye pigmentation and a tendency towards a fixed, determined stare, a set of traits known collectively as ‘the eye’, which gives collies a natural advantage over the animals they herd. Livestock like sheep or cattle find the eye threatening and will move to avoid it if at all possible, including turning around so that it is no longer within their field of vision. This allows the collie to turn and drive cattle with relative ease, and makes it less likely that the much larger herd animals will approach the collie and trample it underhoof.

In terms of behavior, the most defining aspect of a border collie is that it is a working dog, highly energetic and eager to exercise. A border collie will actively seek out playmates and may grow agitated if not allowed to exert itself on a regular basis. As they are relatively strong dogs for their size, this agitation can easily lead to destruction of property and injury to others around the collie, and should be noticed and forestalled whenever possible.

Keep in mind that the collie is also highly intelligent for a dog – the smartest dog in the world was a collie, and wowed people around the globe with a vocabulary of more than 1000 distinct commands. Border Collies enjoy mental stimulation as well, and love new commands, puzzles, and games with a mental aspect such as hide-and-seek or guessing where an object was hidden; collies who are not kept properly interested may begin to exhibit unwanted behavior, and owners should take are to forestall that as well by means of regular canine brain-teasers. 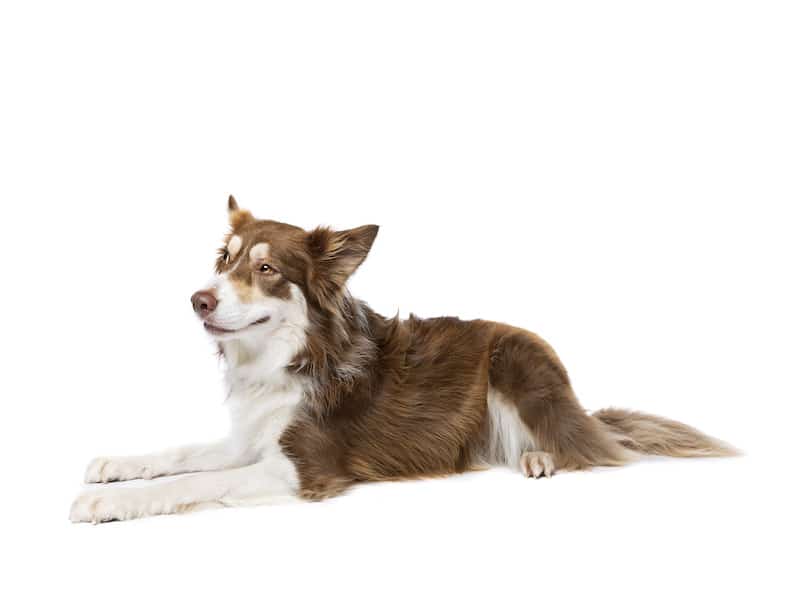 Tricolor collies will tend to be more active than most dogs, especially if you are using them for agricultural purposes. Herding requires continual exertion on the dog’s part, and by the end of a day the dog will likely have run considerably farther than any individual sheep or cow has moved. You’ll want to feed your collie something with a relatively high starch count to make sure that they get the carbohydrates they need to fuel such antics. Additionally, they should not be fed table scraps or other human food if possible, as this can cause intestinal problems that will slow the collie down and make it more prone to losing focus.

When searching for the appropriate kibble at your local pet supply store, you should ask for a brand marked ‘active’ or ‘working’ dog. These tend to be fortified with a grain-based filler substance that makes them a high-energy food source without needing to use any artificial additives. As with any dog, make sure to check that your chosen bag of kibble is also graded for your dog’s size and age, and that it is not marketed as a medication of any kind. Many dog foods on the market are formulated specifically to address conditions like obesity or nursing, and should not be used if the condition in question is not applicable to your dog.

Proper care for your collie starts by giving them the outlet they need to let off the considerable amount of energy with which border collies are naturally endowed. You’ll want to use long walks, acrobatic exercises, and safe play-fighting to thoroughly wear your dog out on a regular basis. During winter months or otherwise inclement weather, a pet treadmill is recommended to keep the collie from getting cabin fever.

As mentioned, the collie is intent on mental activity as well, a residual instinct developed by outwitting livestock that try to break away from their flock, and will grow exceptionally restless if not given some kind of puzzle or riddle to figure out. Consider playing games such as hide-and-seek to challenge the collie to think or search for hiding places, or hide treats and toys to stimulate the dog’s memory and cognitive thinking.

Discipline is important to the collie, and they will take easily to learning new words for objects and actions. A well disciplined collie is also less likely to act out when bored or lonesome, making it of practical importance to imbue your collie with a measure of discipline as soon as possible.

Collies should be medicated only after being weighed, as most canine medicine is sold in doses by weight. Make sure to consult your veterinarian before using any medication, even an over-the-counter drug; improper usage can make an otherwise beneficial medicine into a potentially toxic drug.

Collies require a great deal of care and attention, and adopting one is not for everyone. If you think you are up to the many challenges a Tricolor Collie will present, then you will find yourself a smart and steadfast four-footed friend. 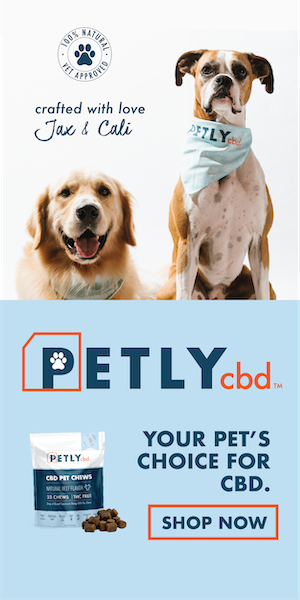