The Shih tzu dog, a toy-sized Tibetian breed known for its small, flat face and long, straight coat which is easily manipulated or decorated in any number of ways. Although of limited use in practical pursuits such as hunting or home protection, the Shitzu’s minimal size and relatively placid nature combined with the easily adorned coat have made it a frequent sight in the ring.

Of course, when you have such a competitive dog to think about, there should be no question of calling it something run-of-the-mill. Your Shitzu puppy needs a title that will draw attention and make them stand out from the dogs around them wherever they’re entered.  Thankfully, the Shitzu’s particular physical characteristics make it easy to sculpt and dress so that any of the names below fit perfectly.

These names tend to be more suitable for a male dog, and are, like the Shih Tzu, fairly short and fashionable. A few doggy clothes or a miniature haircut and your Shih Tzu should be all set.

As you may have noticed, most of these names are fairly plain, and no one would blame you if they didn’t truly make your dog stand out. Some of these are probably names that you pass in the workplace or at school on a daily basis. Here are some more uncommon handles that you might want to use to really make your dog stick in people’s minds; as with the list before, they are largely for male dogs, but you never know what name might strike your fancy. 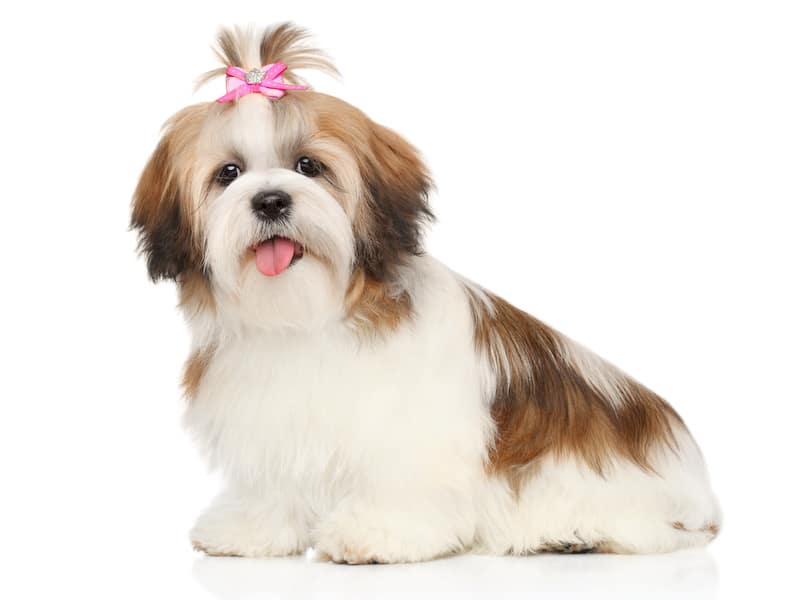 While the above list is almost exclusively for names of male dogs, owners of female Shih Tzu puppies have no cause for alarm. There are plentiful names for a female Shitzu as well, with the same neat and punchy tone that these ones evoked. Here are some possibilities of what to name a female Shitzu.

Reading any of these, you can almost see how cute a dog that name belongs to already. Your little Shih Tzu will be the apple of everyone’s eye up and down the block, especially while it’s still in puppyhood. If you’re looking for something just a little more conservative or dignified, here are a few more mysterious options you might want to try out:

Most of these names are in English, or at the very least from a European tongue of some kind, but the Shitzu is a Tibetian breed, and many Shitzu puppy owners want a name that reflects the dog’s origins. Here are some options with which to give your dog an authentic Tibetian name, and maybe even learn some Tibetian yourself.

These may be ordinary words in Tibetian, but they make for excellent names for your little Shih Tzu – short, catchy, and surprisingly easy to pronounce even if Tibetian isn’t your native language. Just remember to pick one that you’ll be comfortable calling out in public – it’s relatively common for an innocent word in one language to have negative connotations in another, so you’ll want to check how the name sounds out loud in the local tongue before using it for your dog.