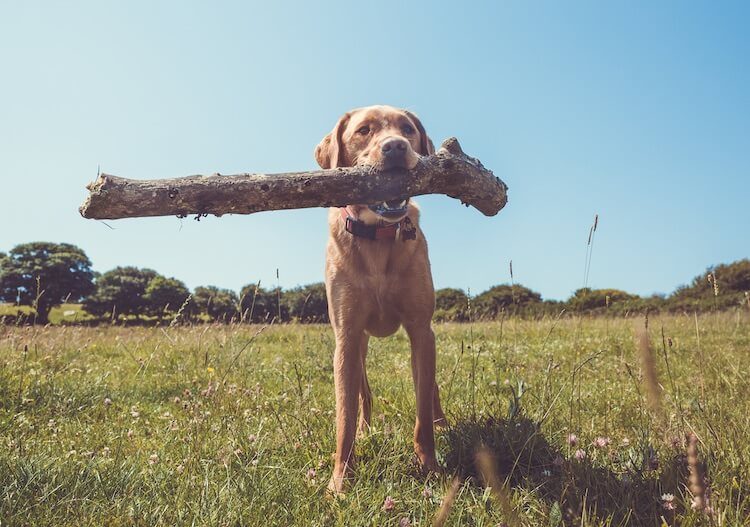 All are adjectives you could use as badass dog names.

Our canine companions can do really cool things, from knowing when we are in danger to being able to get help and saving our lives.

Dogs can be used for hunting, they make excellent guard dogs and are even part of the police force!

There is no end to the talents and skills of your dog.

They deserve a badass name that suits their cool, hardcore and fearless nature.

Luckily, we have a list of awesome names for these kick-ass pups! 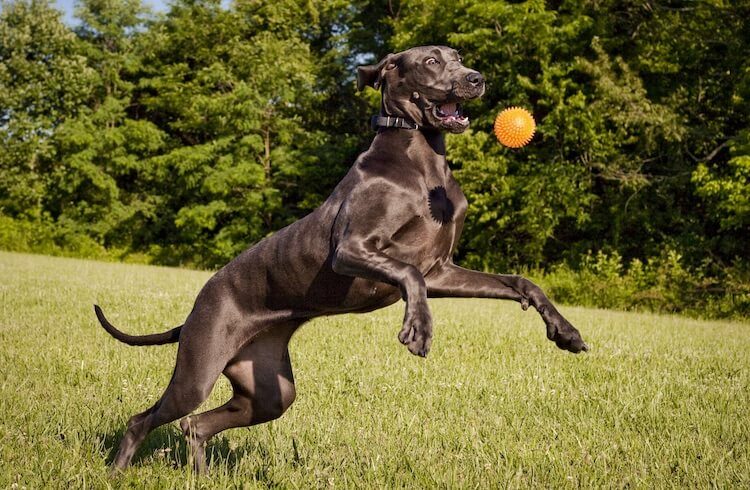 Here are some of our favorite badass dog names inspired by the baddest, coolest and most intriguing fictional characters we’ve seen on our screens or read about in books.

Your dog will turn heads in the dog park because of the daredevil attitude that they can’t help but give off. 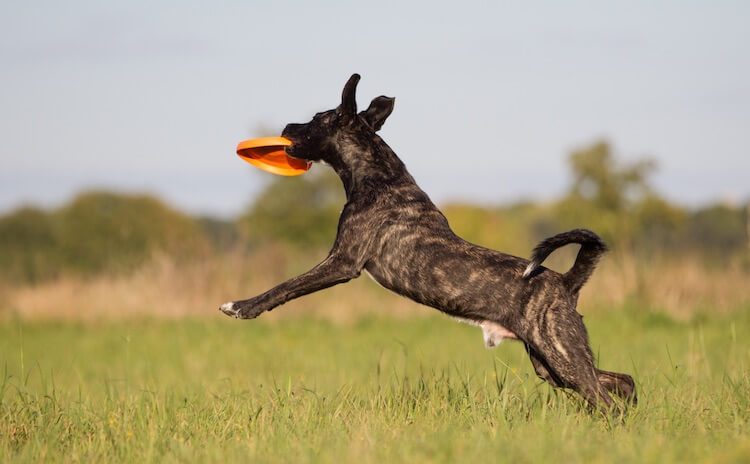 From James Bond to Batman, these badass male fictional characters can take down criminals, protect entire cities and countries, and look incredibly cool while doing so.

Not only are these characters awe-inspiring, the actors who portray them would also make excellent namesakes for your rugged, tough pup. 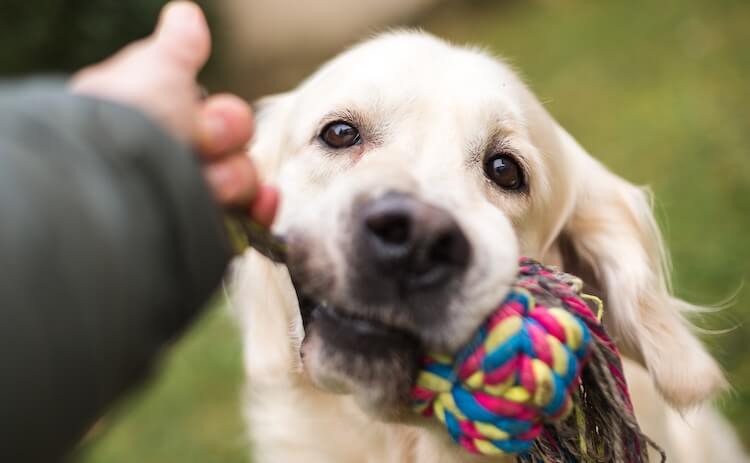 We are both intimidated by and in awe of these cool, badass and independent female characters.

If you’re looking for a badass dog name for your mighty pooch then look no further.

These on-screen beauties are all intelligent, charming and can put up a fight!

If we were forced into a dangerous situation, these are the girls we would want by our side… 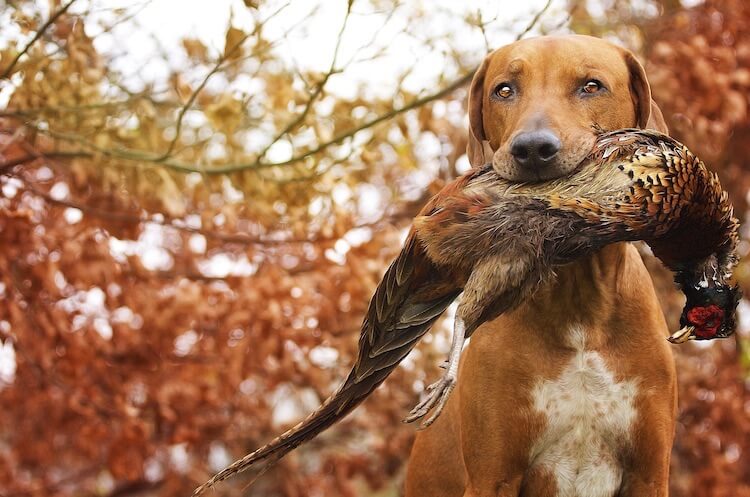 Certain dog breeds are brilliant for hunting, some even bred for that specific purpose, such as Labrador Retrievers, Beagles, Foxhounds and Bloodhounds.

Some dogs do the hunting themselves, whilst others just retrieve the fallen or lost game.

Here are some names that would be perfect for a hunting dog, some of them highlighting the strength, swiftness and accuracy that make hunting dogs great at their jobs. 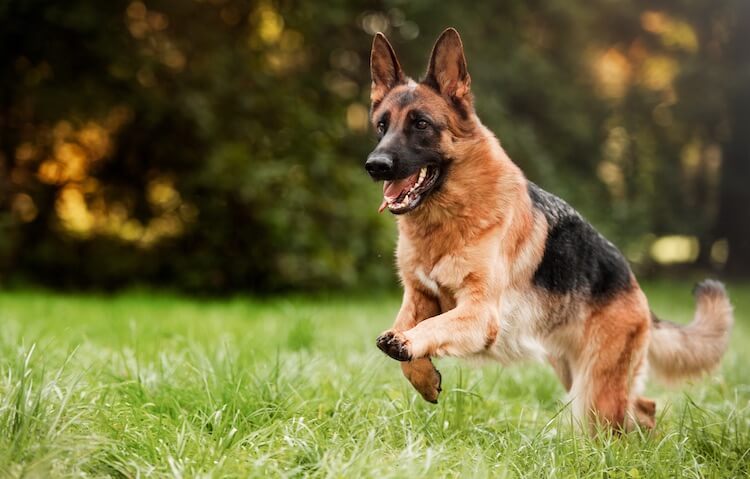 When we think of badass dog breeds, German Shepherds are one of the first dogs that comes to mind.

To give these dogs a name that’s almost as cool as they are, we have a list of German names with meanings that match the resilient, courageous and daring nature of your pup.

From ‘brave’, ‘strong’ and ‘as mighty as a bear’, there are badass dog names to match every brilliant personality trait of your heroic and gallant dog. 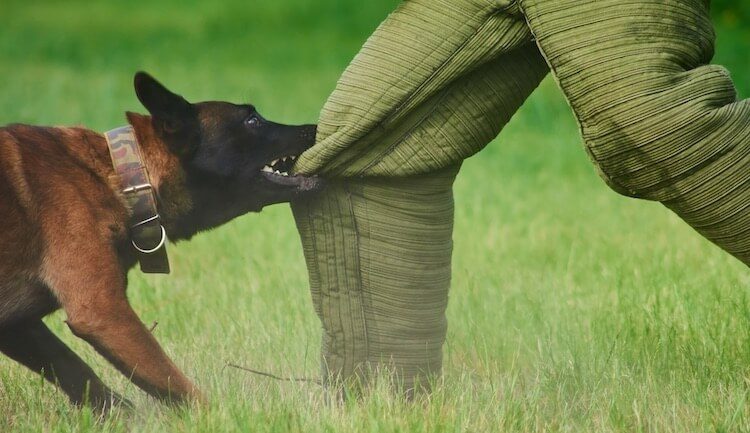 One of the many cool roles a dog can do is to guard their humans, making sure no one can break into a house (dogs have been used throughout history for this purpose).

Here is a list of names that would suit a guard dog down to the ground, making sure they are still intimidating and daunting even when you shout their name.

Make sure to choose one of the best badass dog names from the list below… if a potential burglar hears you shout ‘Bubbles’ they probably won’t be scared anymore:

If one of these stuck out to you as a favorite, then be sure to let us know in a comment.

We’d love to know about your dog and what their name is, especially if your dog is a self-certified badass!

So, you’ve just bought home your beautiful Pitbull puppy and you want to find the perfect Pitbull name? Our complete list of over 250 Pitbull names will be sure to suit your pup whatever their gender or personality. Despite their reputation in the media, these Continue Reading →

As well as being loved for making loyal, adorable pets, dogs are also really popular as hunting companions. In fact, some dogs (e.g. Labrador Retrievers, Beagles, Irish Setters and Dachshunds) are especially brilliant at hunting and retrieving as they were specifically bred for it! Some Continue Reading →

A big dog deserves a big dog name to match. Whether you have a striking German Shepherd or a large and cuddly Bernedoodle. We are here to help with our list of over 750 Big Dog Names! Are you trying to find something bold and Continue Reading →

Chorkie, Chiweenie & Chug – A List of EVERY Chihuahua Mix Dog